Winning yacht refits were selected from online submissions accepted through the Refit show website at www.refitshow.com between September 2015 and January 2016. Any yacht refit professional was able nominate a yacht for a Refit Excellence Award. An independent panel of judges selected the winners based on not only the finished yacht, but on the teamwork, problem-solving and efficiency of everyone involved in the refit, including the boatyard, captain, owner, designer, surveyor and management. The awards ceremony was held during the Refit show at the Broward County Convention Center and was emceed by Kitty McGowan of the U.S. Superyacht Association. 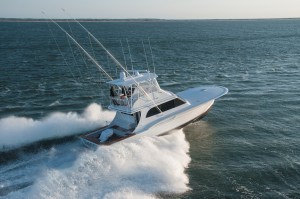 The award for “Best Poweryacht Refit between 50 and 100 Feet” went to STARFLITE nominated by Jarrett Bay Boatworks. STARFLITE is a 54-foot custom sportfisherman built in 1999. Owned by Jarrett Bay Boatworks’ company president, Randy Ramsey, and captained by Joey Johnson, STARFLITE underwent a two-year refit between April 2013 and May 2015. Jarrett Bay reconfigured Starflite’s layout of the saloon and galley and updated her kitchenette. The interior appointments were by Beth Reid with Crystal Coast Interiors. Atlantic Veneer helped with her new teak accents and soles within the interior. Custom Yacht Interiors and Design installed a new headliner throughout. IC Granite made STARFLITE’s new granite countertops in the saloon and galley. STARFLITE has new bi-color Imtra bridge lights and Aqualuma underwater lights along her transom. To complete the package, STARFLITE received Alexseal topside and Sea Hawk bottom paint jobs from Royale Yacht Coatings. 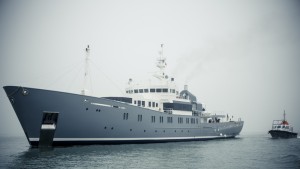 The award for “Best Poweryacht Refit Over 100 Feet” went to Enigma XK nominated by Atlantic Refit Center. The yacht yard converted the military patrol vessel NORNA into the explorer yacht ENIGMA XK. The refit included superstructure modifications and an interior transformation that resulted in a luxury yacht for 12 guests and 23 crew. There was a complete overhaul of the two main 3000-kW Ruston engines, new 500-kW generators, a new air-conditioning system, new sprinkler system and new bridge. Philippe Briand and Veerel Battiau of Vitruvius Yachts designed the beautiful refit. 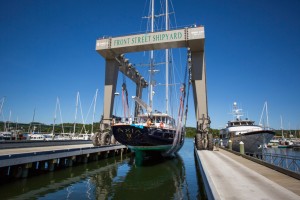 The award for “Best Sailing Yacht Refit” went to AXIA nominated by Front Street Shipyard. AXIA is a Sparkman & Stephens-designed 123-foot aluminum yacht built in 1990 by Palmer Johnson. Her owner worked with Langan Design Partners to enhance the boat’s performance in hopes that AXIA would win the St. Bart’s Bucket in 2015. Langan Design Partners developed plans for a new fin keel and high-aspect spade rudder, and the work was performed at Front Street Shipyard. With a new keel poured by Mars Metal, the crew at Front Street Shipyard removed the old shallow-draft keel and refit AXIA with a high-performance deep keel in a very tight time frame. Following her refit, AXIA went on to win her class in the 2015 St. Bart’s Bucket. She had a follow-up refit last fall at Front Street Shipyard once again to receive new engines and generators. 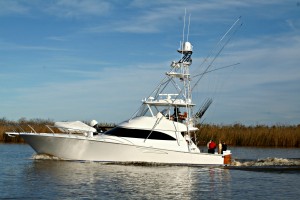 The award for “Best Accomplishment for a Yacht Refit” was presented to one particular standout project where the entire refit team particularly shined. The winner wasQUITEÑA submitted by Saunders Yachtworks. In 2014 the 62-foot Viking Convertible QUITEÑA was the perfect boat for sportfishing in the Gulf of Mexico. Following a refit with Saunders Yachtworks, QUITEÑA became the perfect boat for fishing in the Pacific Ocean. Captain Tom Powell and Seaside Yacht Management worked closely with the yard to update the vessel for the owner’s very specific style of fishing. The refit team designed, constructed and installed a rod box that could store up to 14 outfitted fishing rods in the ceiling of the salon, as well as a bait tank with very specific water flow requirements to keep the bait alive. QUITEÑA was equipped with a Seakeeper 16 in the lazarette. Performance Marine from Costa Mesa, California, installed electronics and Viking provided some components for the boat. As a final touch, the transom was airbrushed with faux teak and the new name was applied in gold leaf lettering. In honor of the owner’s involvement in a fish conservation program, images of yellow tail in the different stages of life were painted onto the transom.

The professional crews behind each of the winning refits share in the honor. “Today’s complex yacht refits are multi-faceted and require a cohesive team to be successful. The Refit Excellence Awards give the industry the opportunity to honor those teams,” said Jim Miller, show manager of Refit International Exhibition & Conference and publisher of Professional BoatBuilder magazine. “All of the winners demonstrated both exceptional craftsmanship and outstanding team work.”

Nominations for the 2017 Refit Excellence Awards will open late this summer. At that time any yacht refit professional may nominate a yacht for a Refit Excellence Award online at www.refitshow.com. There is no entry fee, nor limit to the number of entries. Next year’s winners will again be honored at the Refit International Exhibition & Conference, January 26-27, 2017.